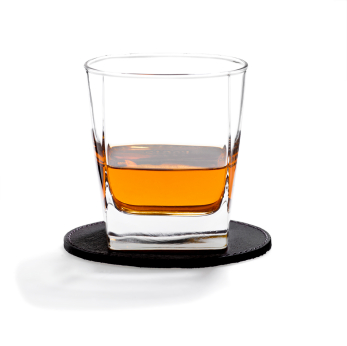 There are numerous alcohol side effects ranging from mild to severe. Since alcohol so easily permeates every cell and organ of the body, the physical effects of chronic alcohol abuse are wide-ranging and complex. Large doses of alcohol invade the body's fluids and interfere with metabolism in every cell. Alcohol damages the liver, the central nervous system, the gastrointestinal tract, and the heart. Alcoholics who do not quit drinking decrease life expectancy by 10 to 15 years.
Alcohol side effects also impair vision, impair sexual function, slow circulation, cause malnutrition, cause water retention (resulting in weight gain and bloating), lead to pancreatitis and skin disorders (such as middle-age acne), dilate blood vessels near the skin causing "brandy nose”, weaken the bones, deteriorate muscles, and decrease immunity.
Persons suffering with alcohol abuse finally grow obsessed with alcohol to the exclusion of almost everything else. They drink despite the pleading of family and the stern advice of doctors. They may begin round-the-clock drinking despite an inability to keep down the first drinks in the morning. Although relationships with family and work may become completely severed, nothing, not even severe health problems, is enough to deter drinking.
The late-stage alcoholic suffers a host of alcohol side effects including fear of crowds and public places. Constant remorse and guilt is alleviated with more drinking.  Debts, legal problems, and homelessness may complicate his or her life in addition to mental disturbances. Late stage addiction is characterized by cirrhosis and severe withdrawal symptoms if alcohol is withheld (shakes, delirium tremens, and convulsions). Without hospitalization or residency in a therapeutic community, late-stage alcoholics usually succumb to insanity and death.
The liver breaks down alcohol in the body and is therefore the chief site of alcohol side effects. Liver damage may occur in three irreversible stages:
A diseased liver due to alcohol side effects:
ALCOHOL SIDE EFFECTS ON THE BRAIN AND CENTRAL NERVOUS SYSTEM:
Alcohol profoundly disturbs the structure and function of the central nervous system, disrupting the ability to retrieve and consolidate information. Even moderate alcohol consumption affects cognitive abilities, while larger amounts interfere with the oxygen supply to the brain, a possible cause of blackout or temporary amnesia during drunkenness. Alcohol abuse destroys brain cells, producing brain deterioration and atrophy, and whether the organic brain damage and neuropsychological impairment linked to alcohol can be reversed is unknown. Alcohol also alters the brain's production of RNA (a genetic "messenger"), and serotonin, endorphins, and natural opiates whose function may be linked to the addictive process.
A neurological disorder called Wernicke-Korsakoff's syndrome results from vitamin B deficiencies produced by alcoholism and the direct action of alcohol on the brain. Symptoms of this condition include amnesia, loss of short-term memory, disorientation, hallucinations, emotional disturbances, double vision, and loss of muscle control. Other effects include mental disorders such as increased aggression, antisocial behavior, depression, and anxiety.
ALCOHOL SIDE EFFECTS ON THE DIGESTIVE SYSTEM:
Large amounts of alcohol may inflame the mouth, esophagus, and stomach. This inflammation may cause cancer in these locations, especially in drinkers who smoke. Alcohol increases the stomach's digestive enzymes which can irritate the stomach wall and produce heartburn, nausea, gastritis, and ulcers. The stomach of a chronic drinker loses the ability to adequately move food and expel it into the duodenum, leaving some food always in the stomach, causing sluggish digestion and vomiting. Alcohol may also inflame the small and large intestines.
ALCOHOL SIDE EFFECTS ON THE HEART:
Moderate daily drinking may be good for the heart, but for many the risks outweigh the benefits. Even one binge may produce irregular heartbeats, and alcohol abusers experience increased risk of high blood pressure, heart attacks, heart arrhythmia, and heart disease. Alcohol may cause cardiomyopathy (a disease of the heart muscle). Cessation of drinking aids recovery from this condition.